Diamant de Revel (1.68m / 1.50 show jumping (sj)) is a Danish (DWB) & Swedish (SWB 1217) Warmblood with top European bloodlines:
• Sire: Diamant de Semilly (1.73m / 1.60m sj) – Qualified at 4, 5 and 6 years old for the French National Young Horse Championship and went on to compete at the highest levels in show jumping. Diamant’s most memorable achievements: 2002 Team World Champion title at the world championship in Spain (he finished 9th in the individual ranking), won the team silver at the European championship in 2003,  winner of the Stallion World Championship in 1999, preselected for Atlanta Olympic Games 2000, 4th in Lummen and Modena Nations Cups 2001.  Diamant de Semilly is the most sought after stallion bloodline in France and one of the most used in Europe covering over 450 mares per annum at the height of his stud career
• Dam: Queen (1.66m)
• Dam’s Sire: Quidam de Revel (1.68m / 1.60m sj) – Quidam passed away in 2014 and is remembered not only as a world class Nations Cup and Olympic jumper, but as a prolific elite sire as well.  He won the 1990 Nations Cup in New York as well as the Grand Prixs in New York and Dortmund and as an eight year old stallion he won over one million Francs. In 1991, Quidam was 4th in team and 6th individually at the European Championships in La Baule, won the Nations Cup in Hickstead, was 2nd in Rotterdam, 7th in Calgary, and 5th in the World Cup finals in Gothenburg, Sweden.  Quidam secured team bronze at the 1992 Barcelona Olympic Games and 4th individually. He won the 1992 Nation Cups of Rome and Dinard as well as the Grand Prix of Rome.  Quidam’s rideability allowed him to achieve impressive success in Young Riders European and his soundness and hardiness allowed him to maintain his illustriously competitive career until age 19 when he transitioned to being a legendary sire.  He has produced more than 30 approved sons in Germany, and in 2012, eleven of his offspring competed at the London Olympic Games. The success of his offspring has kept Quidam at the top of the WBFSH jumper sire rankings for years. In 2014 he was ranked 10th

Diamant de Revel exemplifies the quality of his bloodlines as the winner of the 2009 Danish Stallion Test and achieving over $65,000 in prize money winnings.  He has competed at the highest levels of show jumping in Europe and the U.S. with numerous competition wins and placings up to 1.50m. 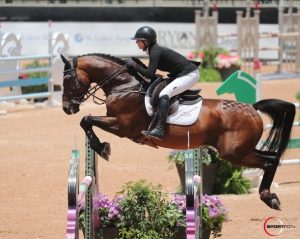 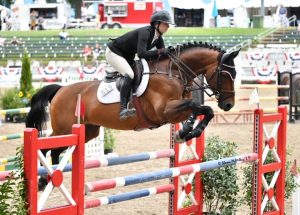 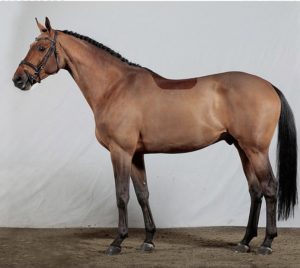 Learn More About Pricing and Features

If you didn't find the information you're looking for or would like to talk to a real person please give us a call. We'd love to chat with you and answer any questions you have.